The first customers, which include telcos, e-commerce firms and banks, moved in after the official opening on Wednesday.

He said he built the data centre because he believes the high-tech industry is more stable and would offset the more cyclical nature of the property business.

“The industrial real estate has its ups and downs, so we need to balance our business by diversifying into high-tech industry,” Mr Sok told The Straits Times. 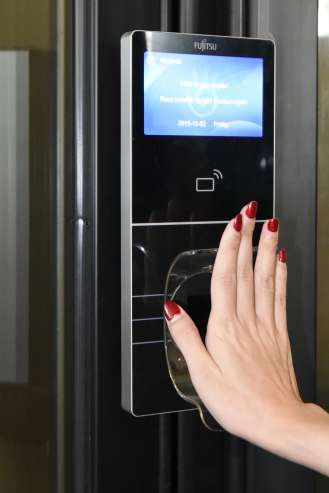 He points to the popularity of mobile gadgets and the increasing consumption of data as well as the rise of online shopping as key factors for his investment in the centre.

He is finalising plans to build more such centres elsewhere in South-east Asia.

– KINGSLAND EXECUTIVE DIRECTOR SHANN SOK AIXUAN, on how companies can use the space

Such facilities are crucial for big companies which need to store, process and distribute large amounts of data.

Singapore is becoming a hub for this industry as it is also an infocomm centre with most of the world’s leading tech companies – from Google and Apple to IBM and Microsoft – operating here.

It is also free from natural disasters like earthquakes.

The Infocomm Development Authority is developing a data centre park while Google has its own data centre in Jurong. Other data centre operators include Equinix and IO.

The Kingsland centre, which has about 20 staff, is a carrier-neutral facility as it is not aligned to any telco so customers can interconnect with any firm they choose.

It has a floor area of 208,000 sq ft across five storeys. The sixth storey houses equipment such as chillers.

Kingsland provides infrastructure such as raised floors for wiring and fibre networks. There are special pipes built around each floor to cool the closely-packed computers, which emit a lot of heat as they work. Companies need only move in their equipment like computers and get connected.

There is also a sophisticated man-trap with a biometric reader for palm prints. The exit door in the man-trap opens only after the reader determines a person’s identity.

The privately held Kingsland, which began business in 1972, has developed more than 100 projects, including residential homes, warehouses and factories in South-east Asia.

The data centre is its first foray into high-tech real estate development.